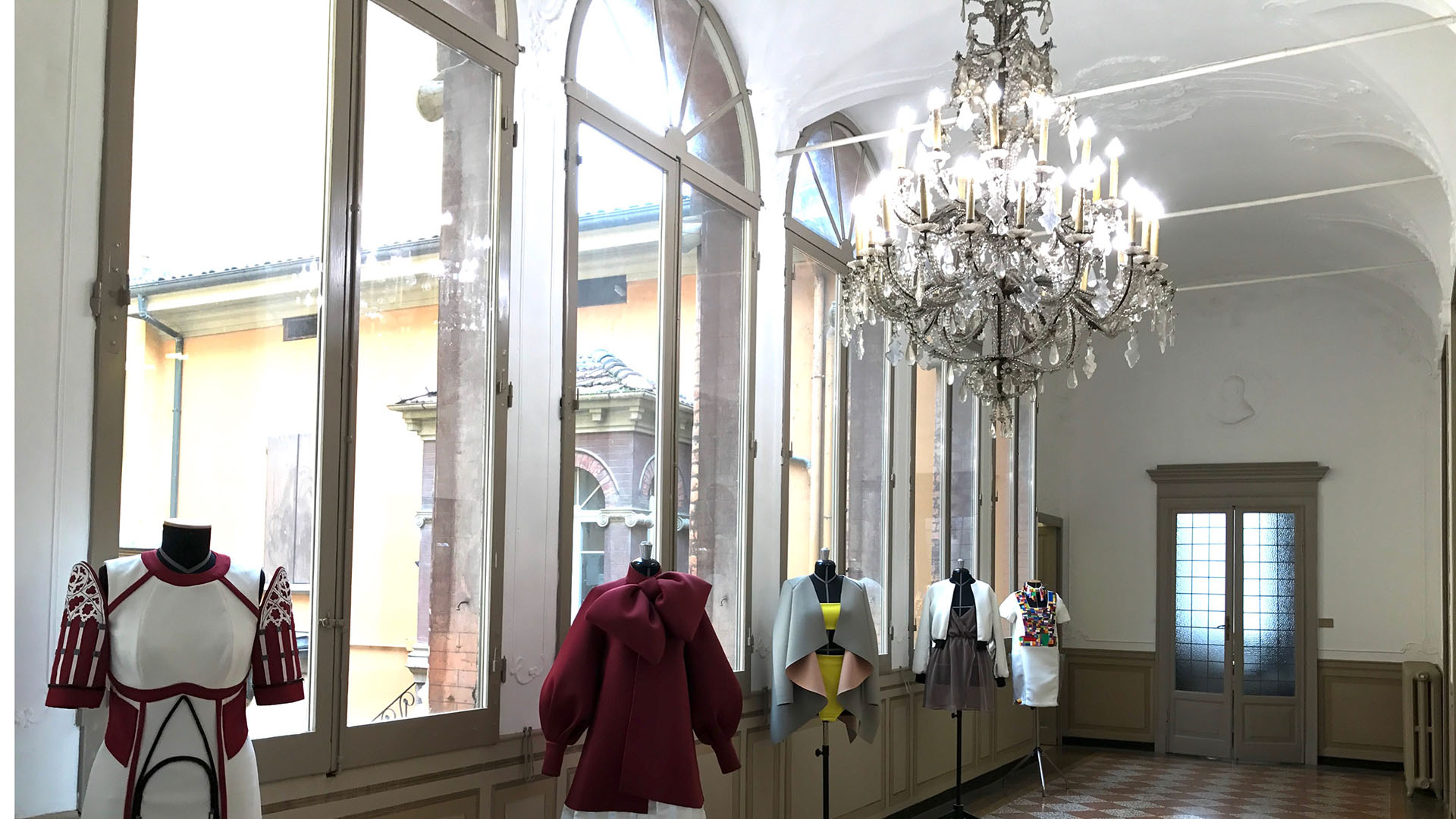 Bologna, city of art and study, cradle of fashion initiatives and events that embrace fashion!

The headquarter of Next Fashion School is waiting for you with:

and a lot of other courses of specializations that range from industrial manufacturing to graphics with Cad and Photoshop®.

Bologna is a very ancient city, renowned for its University, plenty of lively cultural, social and trendy events.

The historical centre, charming and with a warm atmosphere, is characterised by its two medieval Towers, by its long arcades, historic buildings and churches.
Bologna is the base of eminent cultural, economic and political institutions, and it boasts one of the most prolific and cutting- edge trade fair centre in Europe.

The location of Next Fashion School is at Via Alfredo Testoni (Via Ugo Bassi corner) n. 2, in the historical centre of Bologna.
The classrooms are located in an ancient building with frescos on the walls nearby the 2 Towers of Bologna features: the Asinelli and Garisenda.
Easily reachable with public means of transport and a few minutes away from the central railway station, the school is stragegically located in the heart of the cultural and social activities of the city. Bologna is the ideal place to soak up arts, culture and fashion trends.

Build your career with us in the fashion system. Discover all the fashion courses at our school in Bologna!

We use cookies on our Website to give you the best experience by remembering your preferences and previous visits. By clicking on "Accept All" you consent to the use of ALL cookies. However, you can visit "Customize Cookies" to provide controlled consent.
Customize CookiesAccept All Reject All Read More
Review Consent

This website uses cookies to improve your experience while you navigate through the website. Out of these, the cookies that are categorized as necessary are stored on your browser as they are essential for the working of basic functionalities of the website. We also use third-party cookies that help us analyze and understand how you use this website. These cookies will be stored in your browser only with your consent. You also have the option to opt-out of these cookies. But opting out of some of these cookies may affect your browsing experience.
Necessary Always Enabled
Necessary cookies are absolutely essential for the website to function properly. These cookies ensure basic functionalities and security features of the website, anonymously.
Advertisement
Advertisement cookies are used to provide visitors with relevant ads and marketing campaigns. These cookies track visitors across websites and collect information to provide customized ads.
Analytics
Analytical cookies are used to understand how visitors interact with the website. These cookies help provide information on metrics the number of visitors, bounce rate, traffic source, etc.
Functional
Functional cookies help to perform certain functionalities like sharing the content of the website on social media platforms, collect feedbacks, and other third-party features.
Others
Other uncategorized cookies are those that are being analyzed and have not been classified into a category as yet.
Performance
Performance cookies are used to understand and analyze the key performance indexes of the website which helps in delivering a better user experience for the visitors.
SAVE & ACCEPT